A few hours after installing 2.92, my computer shut down without warning and when starting up, gave permissions errors about 'Security Agent can only be accessed by Apple software' - and wouldn't start up at all, forcing me to run permissions and disk repair checks via external drives until I could boot without T 2.92 running an active process.

I know 2.92 was the issue because the problem shut down my OS with beach ball as I started up 2.92 again on a clean isntall.
I remembered that 2.92 was to contain a script to eliminate the ransomware KeRanger and realized it might be working behind the scenes and causing a permissions/security issue.

I realized T 2.92 was the issue and reverted back to 2.91, booted again and no problem this time..
2.92 introduces its own security-breaching 'malware' to eliminate the ransomware packaged with 2.90 which can break your system entirely.

Here is my system 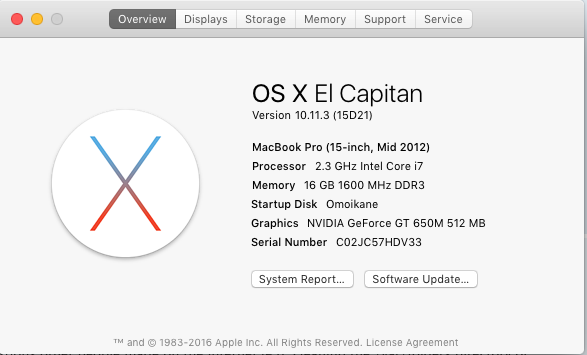 yes I did Google the issue but came up with nothing. I know T 9.2 caused it because the system ran fine until I tried executing it on a fresh reboot, and it broke menubar/dock and locked up all applications with beach ball. No I'm not entirely sure what the cause is, but I decided to post this as a warning.
Last edited by VyseLegendaire on Wed Mar 09, 2016 8:14 pm, edited 1 time in total.
Top

Did you try searching the web before posting this here?

What do you mean by "boot without T 2.92 running an active process"? Transmission doesn't start on boot. You could add it to Login Items list in Users & Groups system preferences, but then it starts on login and not during boot.
Top
Post Reply
2 posts • Page 1 of 1